Owners can go a lifetime chasing a top-class horse, but a diminutive sprinter with a big will to win has taken Townsville first timers Lynelle and Michelle Darwin on an express lane to success.

The twin sisters are still pinching themselves with the remarkable run of luck they’ve had as part owners of their first horse, the talented Cracker Essgee.

Now back in the care of Townsville trainer Michael McLellan and preparing for the big northern sprints, Cracker Essgee has won seven of his 23 starts, including a victory at Doomben, and amassed close to $300,000 in prizemoney.

The Cracker Essgee story and the Darwin sisters’ success has become a real inspiration for first time owners. 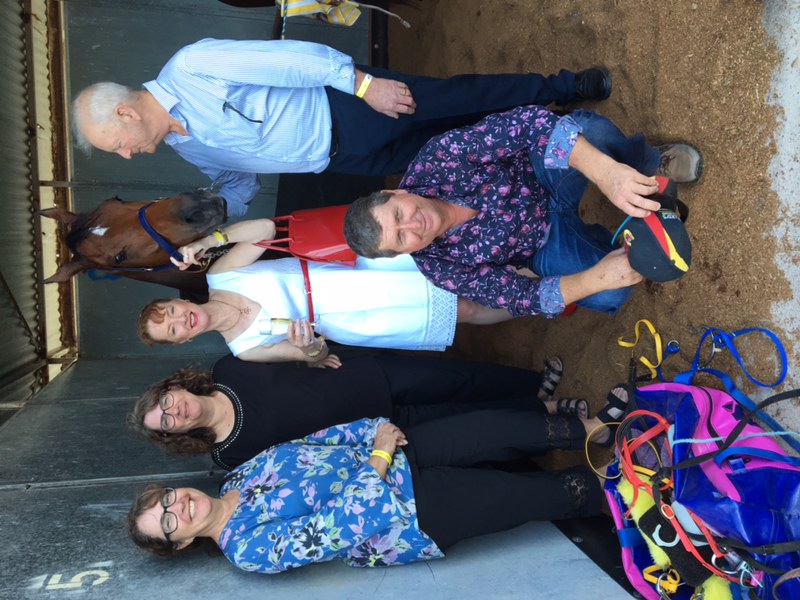 “People have told us just how lucky we are, and we really are because Cracker’s winnings have enabled us to buy a share in his brother Rothero Essgee and he’s just coming back to race now,” Michelle said.

“It’s been very exciting - our fridge is covered with photos of Cracker winning. We’ve been to most of his wins in Townsville and Mackay and watched him race at Ipswich and Sunshine Coast before he went to Michael Costa for his runs in Brisbane.”

“When he won in Brisbane we watched it in the sports bar at Cluden and we went on like maniacs,” Lynelle said.

“We always have a bet on Cracker. You’ve got to put your money where your mouth is.”

Virtual novices with no knowledge of racing, the Darwin sisters took the plunge and bought 20% of an unraced Cracker Essgee simply by chance.

“It all happened really because of my brother’s partner Dawn Bryer who had an interest in a horse with Michael McLellan and we started going to the races with her,” Lynelle said.

“We knew Michael through his work and our father knew him as well so we had a connection there.

“We’d go and visit the stables with Dawn and see her horse and we got hooked!,” Michelle said.

“So, then we said to Michael next time you get a horse we’d be interested. We missed out on a few horses that were already spoken for, and we said ‘come on Michael’ and then Cracker came up.

“So obviously it was meant to be.”

Cracker Essgee and his younger brother Rothero Essgee were bred by Steven and Megan Goodair who offered both horses to McLellan to train after his success with their mare Honest Natalie.

The Essgee brothers, both out of the mare Flying Essgee, are raced by the Goodairs, the Darwin sisters and McLellan and his wife Kelly and they’re all hoping for more success during the winter carnival.

Cracker Essgee is entered for the Mackay Newmarket on Friday with his main mission the Cleveland Bay Handicap at Cluden on August 6.