Big occasion jockey Chris Whiteley is aiming up for his fifth win in the Townsville Cup on Saturday.

It’s a feat that already stands tall in the 137 year history of the city’s most prestigious race.

Based on the Gold Coast, Whiteley has ridden 1803 winners around Australia and as far away as Japan, but Townsville and the winter carnival will always be close to his heart.

The gun hoop is again excited about Cup day and upbeat about his chances on light weight local hope Live The Moment.

“His win last start was very good because he had no cover. He was dominant and with 54kg he’s a genuine light weight chance,” Whiteley said.

“It’s great to be riding in it again. I’ve had a lot of success at the carnival and it’s a great race to win.”

The 46-year-old is riding high after another big season, landing 64 wins in Queensland, no mean feat in a year complicated by Covid.

On Saturday at Cluden Park, Whiteley landed yet another winner, enough to tie with Graham Kliese in the Townsville jockeys’ premiership with 23 victories, with Stephen Wilson third on 22.

He was happy to dispense with countbacks, which would have seen him win, and share the title with Kliese.

“Graham and I have had a fair bit of time off through injury in recent years and it’s good to share it with him,” Whiteley said.

“We had a talk and I said let’s just go on winners. That’s the best thing.”

Like Kliese, Whiteley himself spent 18 months on the sidelines in 2015 to 2017 recovering from injuries from two falls, but again like his battle hardened colleague has rebuilt his career. 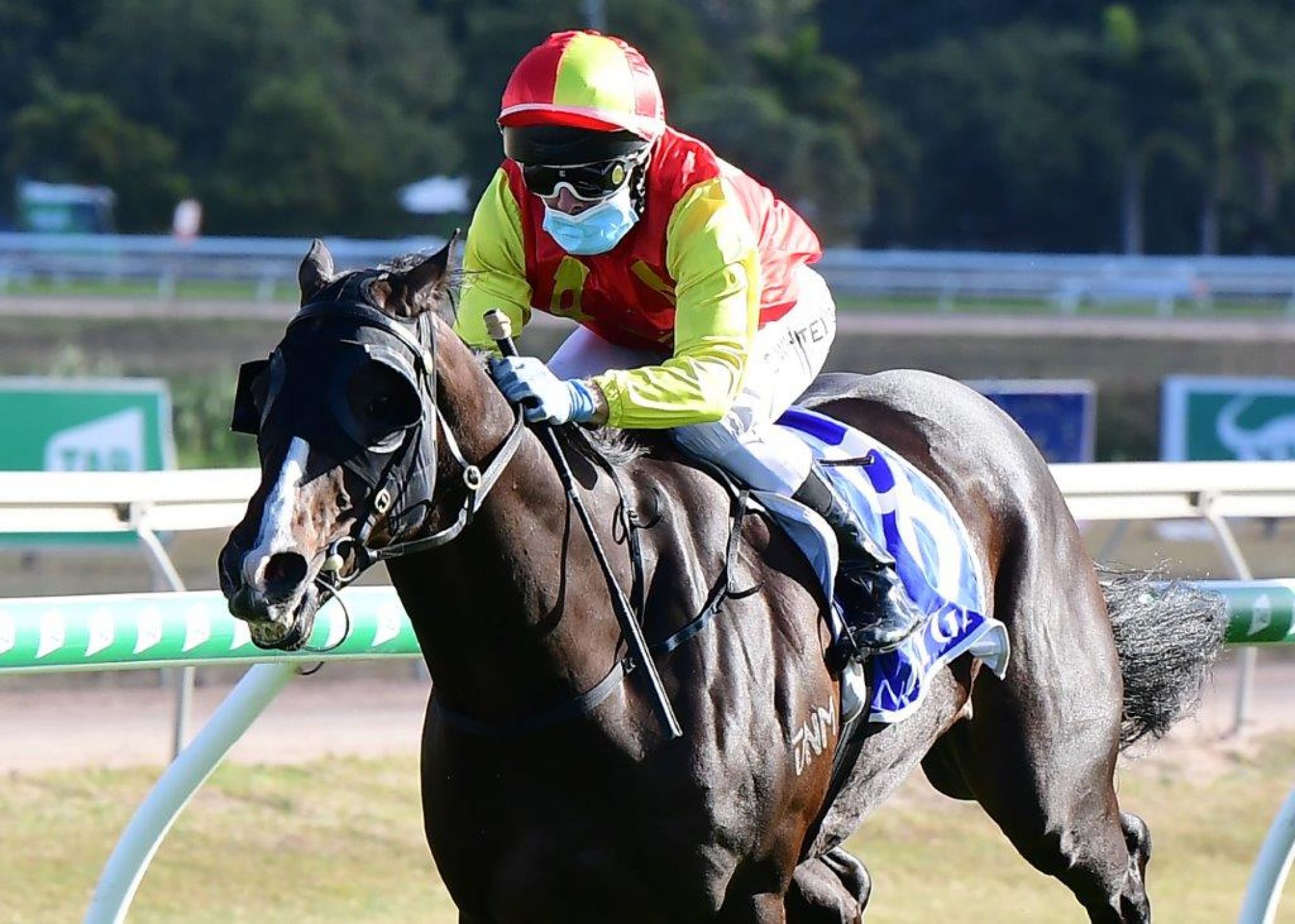 Originally from NSW, success only really started for Whiteley after he moved to Townsville in 1993 as a fresh faced apprentice seeking better opportunities.

He emerged from obscurity to become the dominant force in northern racing for the best part of a decade.

He won just about every feature in the region, set a season record in Townsville of 64 1/2 wins in 1999/2000 before being lured south to ride alongside Glen Colless for the then leading trainer in the State, Alan Bailey.

His biggest wins include a Magic Millions Cup on Amex, a Group 3 victory in the BJ McLachlin, a Ramornie Hcp, six winners in Japan and almost every major race from Rockhampton north including two Cleveland Bay Hcps.

His success led to the chance to ride for two months in Japan, and compete in Malaysia as well as, of all places Wuhan in China.

But it was his time in Townsville where his success started that keeps him coming back.

“The years I spent in Townsville were really the making of me as a jockey,” Whiteley said.

“There were so many good jockeys up there at the time and for some reason the apprentices weren’t getting much of a go.

“I first worked for Glen Betts and eventually finished my apprenticeship with Carol Hurle.

“But it wasn’t until after I came out of my time and started riding for Errol Covell in Ingham that it all changed for me.

“Errol was getting good quality horses from Sydney and Melbourne and I’d drive up there to work them.

“I did that for 12 months or so and we had a lot of winners. That really kicked things off.

which was a record.

“It was when I had a particularly big year at the Cairns Amateurs that I got a call from Alan Bailey at the Gold Coast asking me to go south.

“I rode for Alan for about nine years until he retired. He was the best trainer I’ve ridden for.”

With the backing of one of the strongest stables in the State, Whiteley was the gun at the Gold Coast for a number of years .

He recorded his best season in 2006/7 with a tally of 134 winners and claimed the Queensland State jockeys’ title, and with 111 winners in 2008/9 finished top 10 in Australia behind Hugh Bowman.

These days with opportunities harder to come by in the south-east with the northern migration of Victorian jockeys, Whiteley is a part of the regular band of riders racking up thousands of miles of travel each year on the State’s provincial TAB circuit.

Despite the time on the road,  he said he’s still hungry for winners.

“My big goal is to get the 2000 winners. I’m just over 1800 now so I’m closing in. I had an incident free year this year and did pretty well so if I can keep that up I should be right.

Get your tickets to the TAB Townsville Cup below!